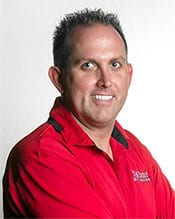 In the late 1990s, when Daniel Matalon was a teenager, he began a drug habit that could have destroyed his life. Instead, after a succession of failed treatment attempts, he found a recovery center that worked—and in the process discovered his entrepreneurial spirit.

That spirit, along with business mentoring from a family friend, enabled Matalon to turn his life completely around. Today, instead of using drugs, he helps substance abusers and others who violate the law through his company, A 2nd Chance Bail Bonds. In the 10 years since its founding, A 2nd Chance Bail Bonds has grown into a multi-million dollar firm, all because of one man’s determination—and a 2nd chance.

When Matalon began taking drugs at 15, he never imagined he would end up having a stroke due to drug use, or have six friends die of overdoses. As with many drug users, his habit had begun with marijuana and escalated over time. By the time he was 21, he had attended a string of schools, failed three residential rehab attempts and relapsed after five opiate detox efforts. His mother asked him to leave the family home and told him, “Call me when you get it together.”

Facing rock bottom, Matalon found a treatment facility in Florida that would become the first step toward his new life. “Whatever you tell me to do, I’ll do it,” Matalon told the counselors at the facility. First, they prescribed a non-traditional treatment that sent Matalon to St. Kitts for a period. Then, recognizing his strong tendency towards relapse and the role that long-term treatment plays in meaningful recovery, they referred him to the Talbot Recovery Campus in Atlanta.

In 2004, after eight months at Talbot, Matalon was released. Living with a roommate he met in treatment, Matalon began the cautious journey back to being a productive member of society. “I knew I had reached the final ‘get your life together’ moment,” says Matalon. “This was my last opportunity.” Initially, Matalon worked in landscaping and the hotel industry before meeting a Gwinnett County bail bondsman and landing a job with him. Matalon stayed at the bail bond firm for two years, learning the business from the ground up and, in the process, becoming the top agent.

During that time, he realized that he loved being a bail bondsman—helping others who had been accused of crimes keep their lives together while they awaited trial. However, he didn’t like the way most bonding businesses were run. They were detached, money-focused operations where the accused weren’t given much respect. Matalon wanted to start a company with a new approach—a friendly, helpful bonding firm where both employees and clients were treated like family.

Matalon’s dreams were big—and so was the price tag for achieving them. Bail bonding firms need at least $250,000 in start-up capital, and who, he thought, would loan that kind of money to “a screw up”? Matalon approached a potential investor, a longtime friend of Daniel’s late father and the man Daniel considered his “second Dad.”

His second Dad did the last thing anyone expected—he agreed to loan Matalon the entire $250,000 to get started. Then he introduced Matalon to Tim Fulton, a business expert who would help him define his brand, create a business plan, and take the other necessary steps to promote success.

From the beginning, A 2nd Chance Bail Bonds focused on bringing a new attitude to the bail bonding business—one that is personable, efficient and friendly. “We’re not here to pass judgment. Our clients have been accused, not tried and found guilty,” Matalon says. “I try to make it easy on the clients. More than anything, most of them just need some normalcy in life. They need to have travel plans approved, and we help them with that.”

Today, A 2nd Chance Bail Bonds has 25 employees in three locations and Matalon is considering a national expansion. Fulton continues to consult with the organization, and Matalon not only has repaired relations with his family; he has been happily married for more than a decade, and has two children of his own.

“I’ve been to the depths of the dark side. I was living in it,” Matalon concludes. “Then, I found my 2nd chance. We want to help our clients find one, too.”

Shakeelah was extremely helpful and professional. Her kindness meant alot during a very trying situation. I would highly recommend her.

Karen Arsenault
19:32 06 May 21
Kyle W answered a late night call on a Friday. He was very resourceful and informative! Not to mention..... He did NOT HANG UP ON ME like the others did! Even though he wasn't able to help me personally, he helped me with a lead on how to solve my issue!

Issa Rissa
05:18 10 Apr 21
Great experience with Michelle. She was patient, through and kind throughout the entire process. She answered all my questions and ALWAYS follows up. I used both the Fulton and Dekalb location and she helped me get things going there as well. I’ve dealt with other agencies in the past but 2nd Chance is legit and diligent. They truly want to help bring your loved one home. Go with them, you will not regret it.

Brianna Milller
17:17 09 Apr 21
The whole staff was great they was fast with the whole process I really work one on one with Trey job well done thank yall so much good customer service very professional

nyjah Webster
22:29 31 Mar 21
Where do I begin to say Cherre made this process so easy. She was very professional and made the experience pain free when I was all over the place. I recommend her and the business for all your bail bonds needs.

TAKINYA SIMS
23:30 26 Feb 21
They were very knowledgeable when I called and asked regarding certain information.

Brie Muñoz
23:10 23 Feb 21
This was a wonderful experience despite the situation. Cherre took great care of me and I didn’t have to move a muscle. She was attentive and very quick with her response! She eased my nerves just by having wonder customer serviceThanks Cherre😀

Trenecia Echols
08:37 08 Feb 21
Michelle went above and beyond. She was really responsive and answered all of my questions in a professional manner. I would recommend her and this company if they are trying to get their loves ones back home. Thank you so much Michelle for your help may God bless.

Gladys Rodriguez
01:40 02 Feb 21
If I could give them more stars I would because this the best company I have ever did business with professional everyone was nice and helpful and the building was so clean and smell awesome I would prefer anyone to try them if you need a bondsman hands down great company 😊

Sharita Best
04:15 15 Dec 20
It was an amazing experience everyone was very helpful and polite they were very prompt with helping me and brought my fiance home thank you

dimanche callender
03:41 02 Oct 20
Ms.Michelle is definitely HEAVEN SENT. thank you. You are amazing

ATL SANTANA
04:05 01 Oct 20
This was a wholly new experience for me and I cannot say enough about Michelle for getting me through the process quickly, efficiently and with the utmost compassion. This girl had literally a MILLION people calling her at the same time and she maintained a positive attitude and professionalism the entire time. I’m hoping to never have to call them again but for sure if anyone I know inAtlanta is in need of these types of services I will highly recommend!!