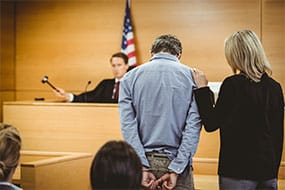 From the Ozarks to Houston to North Dakota, there are widespread reports of attorney shortages. Legal representation can be hard to come by, particularly in remote areas, and district attorneys’ offices across the country are overwhelmed and understaffed.

Georgia has been cited as one of a number of states with ‘legal deserts’ – that is, rural and underserved areas where legal representation is hard to come by. The Georgia Legal Services Program serves all 154 Georgia counties outside the core Metro Atlanta counties of Fulton, DeKalb, Clayton, Cobb, and Gwinnett. According to one report, many GLSP lawyers are responsible for covering several different counties, often at quite a distance. For example, just seven attorneys work in the Albany-Valdosta office, which is responsible for covering a 29-county area. Already serving a wide area across the southwest side of the state, the Albany office had to take on additional clients from southeast Georgia when GLSP closed its Valdosta office after the recession. GLSP lawyers staffing the office sometimes travel hundreds of miles in a day.4

These are just a few examples of an overwhelmed system. Cities from coast to coast report that there simply aren’t enough defenders available.

In rural areas, attracting legal talent comes down to compensation and attorneys’ willingness to move to “the country” to practice law.

The number of people attending law school went through a state of decline over the past decade before finally starting to uptick again last year.5 Once students graduate, they’re often so burdened with student loan debt that they simply can’t afford to take a position in certain areas of the country whose pay scale isn’t as high as others. “Law school is extremely expensive. Our student loans go into repayment before we are even admitted to the bar. It is not uncommon in a private law school to accumulate upwards of $60,000 [in debt] per year,” says Heidi Dennis, Director of the Rural Law Center of New York.

Even in more urban areas, compensation for public defenders often hasn’t been adjusted for decades. As one example, in Kenosha, Wisc., private attorneys who take on cases for the Wisconsin Public Defender will be getting a pay raise for the first time in more than two decades. In the most recent state budget, Wisconsin lawmakers approved a plan to increase the reimbursement rate for attorneys who take public defender cases from $40 to $70 an hour. That $40 rate had been in place since 1995 — when the rate was actually cut from $50 an hour — and was the lowest in the United States. Until the new rate takes effect on January 1, 2020, the public defender’s office is having a difficult time finding lawyers willing to handle their cases.6

In Burleigh County, North Dakota, State Attorney Julie Lawyer says attorneys in her office are getting burned out due to an increasingly violent nature of crimes, making the turnover rate even higher. “There’s a significant increase in sexual offenses, in violent offenses that have been reported, and in the age of the victims too. They’ve gotten younger over the years, from what I’ve seen, and it takes a toll,” she says.7

The problem of packed court calendars and overextended county budgets is exacerbated by inmates who have been arrested multiple times. Members of the Wisconsin Public Defenders Office note that the state cannot represent two defendants charged in the same incident because it would be a conflict of interest. Ward County, North Dakota state attorney Roza Larson says that after 22 years of working in the office, she’s in the worst position she’s ever been in and is “beyond busy.” Much of the cases circulating around her office are due to a ‘revolving door’ and re-offenders. “It’s nothing for us to have a defendant who has at least two files open. We have some who have eight open files,” she says.8

Randy Kraft, Communications Director for the Wisconsin Public Defenders Office, notes that the more serious the felony, the more difficult it is to get someone willing to take the case, especially for attorneys outside a certain geographic range.9

What are the answers? Increased public spending, using licensed legal technicians10 to bridge gaps in representation, and hiring private lawyers and contract attorneys11 to take on public defender cases are all cited as possible solutions to the attorney shortage crisis.

Criminal defense attorneys know between the time their client is charged with a crime and when the defendant appears in court, a great deal of

Social Media Maven Offers Fastest Way Out of Jail To meet her, you’d think you had encountered an intelligent business professional with an upbeat attitude.

If your friend or loved one was arrested, we understand that the situation can be overwhelming. The first step is to contact a local bail

What Lawyers Need to do to be Found

Can You be Found by Potential Clients? In Georgia, the majority of people who use bail bond services are not represented by an attorney when