Bail Discrepancies – Why Do Some Crimes Cost More Than Others? 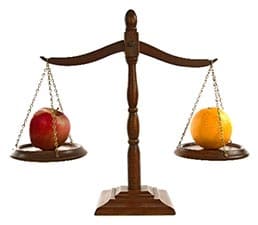 In the bail bonds business, we sometimes scratch our heads when we’re writing a higher bond amount for say, marijuana possession, than we are for a DUI. After all, the offense of driving impaired seems to be far more of a danger to society than merely having pot in your pocket.

Why would a defendant for a low-level offense have a higher bail obligation than one for a higher level offense? It all points to the fact that determining bail amounts can be a convoluted process – one that depends on a number of factors:

Perceived severity of the crime
Generally, jurisdictions get to decide what counts as a felony and what counts as a misdemeanor. Of course, misdemeanors are treated as the less serious offenses. Yet, even within misdemeanors, there are subclasses that can carry varying penalties, including fines and jail time. In Georgia, for example, simple battery is considered a misdemeanor. Yet, if simple battery is perpetrated toward a family member or someone over age 65, the charges are elevated to “high and aggravated.” Other states employ a numbering or classification system to further parse out the severity of misdemeanor crimes. The result may be that a misdemeanor of a high classification carries a greater financial penalty than a “lower level” felony (i.e., bad checks, forgery)1.

Sometimes, there’s judicial discretion in how crimes are charged. For example, in the state of Georgia, judges are given the latitude to treat any theft crime as a misdemeanor.

Prior offenses
Prior offenses can increase the severity of penalties and related financial costs. For example, in Georgia, a first-time DUI offender will be charged with a misdemeanor, but subsequent offenses will elevate the charges to “high and aggravated.”

Jurisdiction
According to an academic paper produced by the University of California – Davis Law Review, legislatures can deviate broadly in their approaches to prosecuting crimes that qualify as misdemeanors depending on the particular jurisdiction. The paper cites this example: in Maryland, an assault or threat of assault with no actual physical injury is a misdemeanor “subject to imprisonment not exceeding 10 years.”

In contrast, there’s only a one-year maximum jail time for misdemeanor assault in New York State and there must be physical injury; if there is no physical injury, the charge would be downgraded to harassment — a class of non-criminal “violation” that carries a maximum sentence of 15 days in jail.

Going back to our example of marijuana possession, one can see how the local laws and legislature affect how a crime is treated. In Georgia, for possessing one ounce or less of marijuana with no intent to distribute, a defendant would receive a misdemeanor charge and maximum fine of $1,000. However, if they’re found possessing more than an ounce, the crime is elevated to felony and a fine of up to $5,000.

In what it refers to as ‘bail roulette,’ the Guardian took a look at California’s recommended bail amounts for four common misdemeanors – prostitution, aggressive panhandling, public intoxication, and disturbing the peace. The results varied widely by county. In Los Angeles County, bail amounts were the highest for prostitution ($2,000 or more if a repeat offender), but relatively modest for panhandling, drunkenness, and disturbing the peace ($250). However, if the offender lives in Mariposa County, the bail for each of those offenses jumps up to $10,000.

The article also points out that community values can shape how a crime is treated. In Florida’s fifth circuit west of Orlando, a defendant can expect to pay $5,000 bail for selling drugs near a church. However, bringing a gun to school would only carry a $2,000 penalty. Mike Graves, the fifth circuit public defender is quoted as saying, “It’s an indication of where we are. It’s a conservative place.”2

As you can see, bail is not an exact science, and there are myriad reasons why bail amounts can differ from crime to crime.