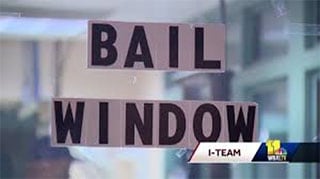 Signed by Governor Deal in early May, Georgia Senate Bill 407 orders the courts to consider the financial status of one charged with a misdemeanor crime and to only impose conditions reasonably needed to ensure their safety and court attendance. These efforts aim to reduce excessive bail and to prevent individuals going to jail for misdemeanor offenses just because they could not afford to pay bail.

Maryland passed similar reform legislation last year with varying degrees of success. Some counties embraced the new laws and made efforts through pretrial programs and monitoring to ensure court attendance and release more defendants, but Baltimore appears to have taken a step back.

According to WBAL-TV, NBC’s local Baltimore affiliate, the number of people jailed each day has risen dramatically in 2018. Thirty-one percent more people were jailed on average per day in March 2018 than in March 2017.

Instead of providing affordable cash bail options to defendants, some judges have chosen to not offer bail at all. While this does technically reduce excessive bail, it does not address the problem of incarcerating individuals with minor offenses.

As a result, many individuals have found themselves in jail instead being released on bail, even with minimal risk of flight or danger to the community. Further, some have taken plea deals simply to get out of jail, leaving them with even more legal and financial burden.

While many see this problem as a direct effect of the judges’ decisions to not offer bail in many cases, it is important to take a step back and view the whole picture. If a judge releases an individual without bail and the individual goes on to commit a violent crime, then the judge could face blame for the crime from the community. Given the judges’ responsibility to protect the community, many will choose to “play it safe” by not offering bail.

With Georgia just stepping into the realm of bail reform, local citizens could face similar struggles in the near future. Additional reform may be required to actually arrive at the intended goal of avoiding jailing those charged with misdemeanor offenses.

Regardless of the coming changes to the bail bonding process, A 2nd Chance Bail Bonds will continue to offer support and services to give our clients the best experience. Our Atlanta office can be reached at (404) 224-5688. For more information visit www.a2ndchancebailbonds.com.