Criminal Justice Algorithms Proving to be the Wrong Formula 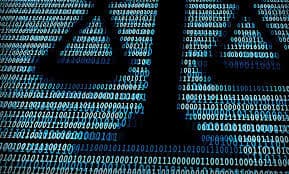 When California Governor Jerry Brown signed SB10 into law, ending cash bail in California, many were shocked when the ACLU, NAACP and Human Rights Watch rejected their support of a criminal justice reform that they had fought so heavily for. While bail reform was intended to be a step towards decreasing pre-detention rates and bringing about fairness, many argue that the alternatives to bail may be leading us in the opposite direction.

Take a look at one of the alternatives; algorithm-based risk assessment tools. Hailed by many as a solution to criminal justice bias and jail overcrowding, critics argue that these algorithms increase bias against minorities and the poor, detain low-risk individuals and release violent criminals. Furthermore, the public is not privy to the inner workings of these tools.

The chief proponent of these risk assessments is the Arnold Foundation which developed the Public Safety Assessment (PSA) and uses a point system to determine whether to release, supervise or detain defendants. However, after the computerized risk-assessment formula led judges to release defendants who were later accused of slayings, the PSA is now getting a lot of pushback in New Jersey and California. One such complaint alleges that a judge let out a convicted felon using the PSA, who later murdered a San Francisco photographer just days later. Another lawsuit was filed in a U.S. District Court after a recent killing in New Jersey.

While on the surface, such risk-assessments have good intentions, more research and thought should be given before implementing tools that can and have had dire consequences.