COVID-19 UPDATE: Our offices are open 24/7! We have the ability to process bonds electronically as well as in-person.
Skip to content 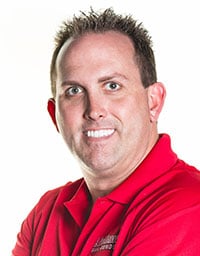 In the late 1990s, when Daniel Matalon was a teenager, he began a drug habit that could have destroyed his life. Instead, after a succession of failed treatment attempts, he found a recovery center that worked—and in the process discovered his entrepreneurial spirit.

That spirit, along with business mentoring from a family friend, enabled Matalon to turn his life completely around. Today, instead of using drugs, he helps substance abusers and others who violate the law through his company, A 2nd Chance Bail Bonds. In the 10 years since its founding, A 2nd Chance Bail Bonds has grown into a multi-million dollar firm, all because of one man’s determination—and a 2nd chance.

When Matalon began taking drugs at 15, he never imagined he would end up having a stroke due to drug use, or have six friends die of overdoses. As with many drug users, his habit had begun with marijuana and escalated over time. By the time he was 21, he had attended a string of schools, failed three residential rehab attempts and relapsed after five opiate detox efforts. His mother asked him to leave the family home and told him, “Call me when you get it together.”

Facing rock bottom, Matalon found a treatment facility in Florida that would become the first step toward his new life. “Whatever you tell me to do, I’ll do it,” Matalon told the counselors at the facility. First, they prescribed a non-traditional treatment that sent Matalon to St. Kitts for a period. Then, recognizing his strong tendency towards relapse and the role that long-term treatment plays in meaningful recovery, they referred him to the Talbot Recovery Campus in Atlanta.

In 2004, after eight months at Talbot, Matalon was released. Living with a roommate he met in treatment, Matalon began the cautious journey back to being a productive member of society. “I knew I had reached the final ‘get your life together’ moment,” says Matalon. “This was my last opportunity.” Initially, Matalon worked in landscaping and the hotel industry before meeting a Gwinnett County bail bondsman and landing a job with him. Matalon stayed at the bail bond firm for two years, learning the business from the ground up and, in the process, becoming the top agent.

During that time, he realized that he loved being a bail bondsman—helping others who had been accused of crimes keep their lives together while they awaited trial. However, he didn’t like the way most bonding businesses were run. They were detached, money-focused operations where the accused weren’t given much respect. Matalon wanted to start a company with a new approach—a friendly, helpful bonding firm where both employees and clients were treated like family.

Matalon’s dreams were big—and so was the price tag for achieving them. Bail bonding firms need at least $250,000 in start-up capital, and who, he thought, would loan that kind of money to “a screw up”? Matalon approached a potential investor, a longtime friend of Daniel’s late father and the man Daniel considered his “second Dad.”

His second Dad did the last thing anyone expected—he agreed to loan Matalon the entire $250,000 to get started. Then he introduced Matalon to Tim Fulton, a business expert who would help him define his brand, create a business plan, and take the other necessary steps to promote success.

From the beginning, A 2nd Chance Bail Bonds focused on bringing a new attitude to the bail bonding business—one that is personable, efficient and friendly. “We’re not here to pass judgment. Our clients have been accused, not tried and found guilty,” Matalon says. “I try to make it easy on the clients. More than anything, most of them just need some normalcy in life. They need to have travel plans approved, and we help them with that.”

Today, A 2nd Chance Bail Bonds has 25 employees in three locations and Matalon is considering a national expansion. Fulton continues to consult with the organization, and Matalon not only has repaired relations with his family; he has been happily married for more than a decade, and has two children of his own.

“I’ve been to the depths of the dark side. I was living in it,” Matalon concludes. “Then, I found my 2nd chance. We want to help our clients find one, too.”