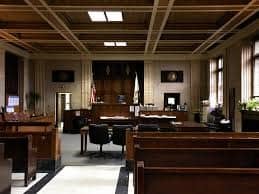 Six-months into Atlanta’s cash bail reform, many waited eagerly at the Atlanta City Council meeting to hear the results. So how did we fare? Unfortunately, the preliminary results are incomplete. Less than one month after the reform was passed, a massive cyberattack hit Atlanta and thus destroyed data collection for four months out of the six-month period.

The numbers that we do have, however, should be cause for alarm. Atlanta Municipal Court Chief Judge Christopher Portis reported that 71% more defendants failed to appear (FTA) in court compared to last year. In June and July of 2017, 4,779 people skipped bond while 8,182 did not show up in June and July of this year. Moreover, the judge told City Council members that not only are they seeing an increase in failure to appear rates, they are also seeing many of those same people on repeat offenses.

This major increase in FTA, has many talking and debating solutions. City Council member Michael Julian Bond said in a recent City Council meeting, “The conclusion here — the elephant in the room — is that this is really just a bad law.” Bond goes on to say many people are not showing up to court because they have no cash incentive to do so. What’s more, victims of crimes, who, many times, are of the same socioeconomic status, are left to carry the burden.

Advocates for bail reform argue that the city has dropped the ball by not updating the way people are notified of court dates. Currently, if the accused does not show up to court, they are sent a postcard with a reminder. If they do not show, a warrant is then signed. Judge Portis believes this process may largely be failing because many of the addresses are bad. As an alternative, Tiffany Roberts with the Southern Center of Human Rights believes that a text message notification system could be the answer to this problem, however, this does not take into account bad, disposable or changed cell phone numbers.

While there is still much to see as data is collected properly and bail reform intentions are good, the preliminary results are showing a dismal picture. If the numbers of FTA rates continue to increase, we must not stay the course and, instead, work together to find a solution before the consequences skyrocket out of control.