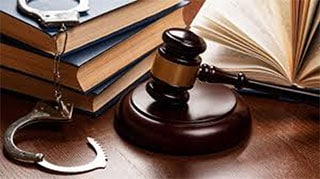 Since Governor Deal took office in 2011, criminal justice reform has been a major focus of his policy platform. Notably, Deal commissioned the Georgia Criminal Justice Reform Council and signed Georgia House Bill 349, making sweeping changes across the criminal justice system in the form of various grants, increased court funding, re-entry programs for prisoners and other efforts.

With the signing of Georgia Senate Bill 407 on May 7, 2018, Governor Deal closed out his bail reform efforts. Section 2-4 of the bill addresses excessive bail, ordering the courts to consider the financial status of one charged with a misdemeanor and to only impose conditions reasonably needed to ensure their safety and court attendance, given the significance of the situation. Previously, misdemeanor offenders could face large bail amounts for small offenses, regardless of their financial or family situation, leading those unable to pay to jail and possibly leaving dependents without providers. Further, the court may release a person on bail that has minimal risk of flight, danger to the community and obstruction of justice.

Also, law enforcement officials receive more flexibility to issue citations for some low-level offenses, rather than criminal charges. These combined measures aim to reduce the financial burden of one charged with a misdemeanor and to encourage successful re-entry to society.

A 2nd Chance Bail Bonds also encourages successful re-entry to society and a second chance for those convicted. Founded in 2007, our Atlanta-based bond agency offers support and services throughout the bail bonding process. With offices throughout the metro-Atlanta area, we are ready to best serve you. For more information visit www.a2ndchancebailbonds.com.