Spring Break: How to Avoid Ending up Behind Bars 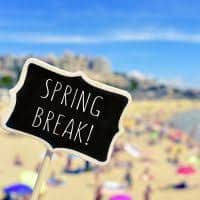 For college students, it’s an annual rite of passage to be observed with anything but reverence. Spring Break 2019 is now in full swing and it will continue until the end of next month. If you’re a Spring Breaker, take a minute to do a bit of research about your chosen destination before you hit the road. After all, you want to spend your time in the bars – not behind them.

Miami Beach: For example, Miami Beach spent serious money to tell Spring Breakers not to come. The city tapped into social media channels with a media buy exceeding $33,000 to tell college students considering a trip to its beaches that the Miami Beach Police Department was cracking down on unruly behavior. The city even launched a website, MBspringbreak.com, to list which party activities were most likely to lead to an arrest.

Port Aransas: In addition to attempting to pre-empt Spring Breakers’ arrival, some cities and towns have enacted ordinances to make their beaches less attractive. Four years ago, Port Aransas on the Texas coast banned alcohol on the beach after 6 pm. The local police have said that since then, the number of Spring Break-related arrests has been dropping. However, this year, a routine traffic stop discovered a large amount of Xanax, codeine cough syrup, marijuana, alcohol and an AK-47. Police have made three drug busts so far and are arresting 20 Spring Breakers a day on average, usually for alcohol or drug infractions. Most of those arrested, police said, stay in jail overnight before being transferred to Nueces County the following morning.

Orange Beach: In Alabama, Orange Beach took action four years ago to ban alcohol on its public beaches. Similar to the alcohol ban enacted in Port Aransas, the Orange Beach alcohol restriction only affects Spring Break (usually March 1 to April 30). Even with the ban in place, Gulf Shores Police have already made 23 arrests, 18 of which came from a single house party.

Panama City: Two weeks into the official Spring Break season in the Panhandle, the Bay County Sheriff’s Office and the Panama City Beach Police Department reported 220 arrests, about a third of which were for drinking alcohol on the beaches.

Wherever your Spring Break travels take you, be aware that: